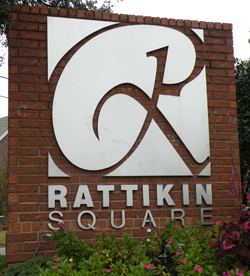 Rattikin & Rattikin, LLP is proud to be located in an extremely historic location. The building in which we call home, now known as Rattikin Square, was originally constructed in the year 1914. Initially, the building served as an off-campus Officer’s Club for military officers stationed at the Camp Bowie Army Base during World War I. Here an officer could enjoy a brief respite from a rigorous training regimen occurring on the base right outside the gates. Numerous artifacts from the Army Base days, including old bills detailing the officers’ choice of libations, have been found in the building’s basement over the years.

Subsequent to the closing of the Camp Bowie Army Base, the building underwent a series of renovations and additions as the Camp Bowie corridor began to take shape. The street car line constructed along Camp Bowie to whisk citizens to this rapidly developing side of town ended right outside the gates, where it turned south to ferry passengers to the new recreational areas around Lake Como. For a few decades, this building served as a boarding house with one notable tenant, Lee Harvey Oswald. As detailed in the Warren Commission Report, Oswald lived in this building while in high school, where he first began communicating with various socialist and Marxist organizations. 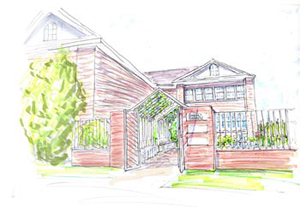 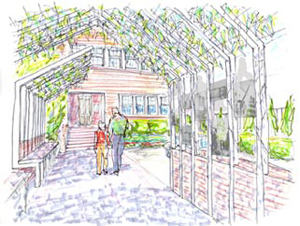 Many Fort Worth citizens fondly remember this building as the site of the much beloved Rangoon Racquet Club, an infamous watering hole that played host to Fort Worth’s trendy Westside crowd and numerous visiting celebrities during the 1970’s. The bar, with its popular beer garden in the back, has been mentioned in books and movies, and was known as the in-spot among in-spots during its reign as Fort Worth’s most famous gathering spot. The Rangoon closed during the early 1980’s, but its memory lives on the hearts and minds of long-time Fort Worthians